Varsity Girls Basketball Team: Honored by the Town of Bluffton 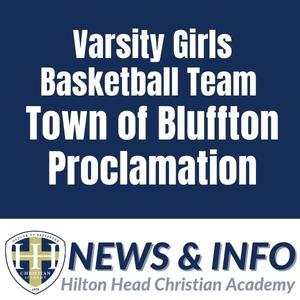 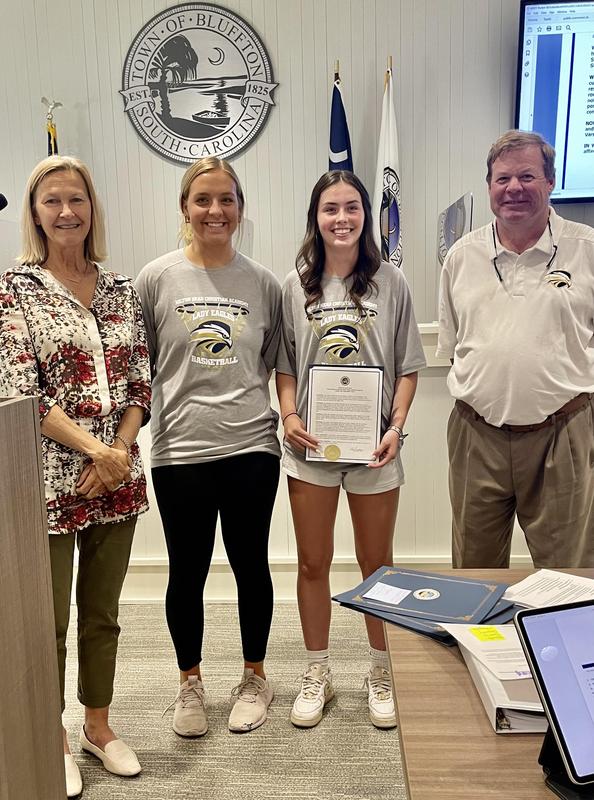 the Hilton Head Christian Academy Varsity Girls basketball team completed their first full season on the school’s new campus in Bluffton with a record of 26-2 while exhibiting humble sportsmanship and the relentless pursuit of excellence both on and off the court; and

the team of 13 student-athletes led by Head Coach Kenny Conroy, a nine-time Region Coach of the Year, along with the full coaching and support staff, defeated Orangeburg Preparatory School 45-34 through an incredible display of athleticism on February 27, 2022, to earn the team’s fourth consecutive South Carolina Independent School Association (SCISA) Region AA State Championship; and

highlights leading up to the fourth in a row state championship honor included playoff wins over Williamsburg Academy (73-21), Greenwood Christian  (71-30) and Palmetto Christian (32-21); and


the HHCA Lady Eagles continue to build a legacy and an exemplar culture that embodies remarkable character, leadership, and perseverance, resulting in the team’s five state championships in seven years including four in a row with a current region win streak of 75 victories since 2016 and other noteworthy accomplishments since 2012 such as 255 wins in 305 games, making a positive impact in the lives of many and bringing recognition and honor to our community
Published May 12, 2022 Print