Why HHCA » Who We Are

_________________________
OUR VISION
HHCA’s vision, since its inception, has been To Know Christ and Make Him Known.
OUR HEARTBEAT
Our mission takes our vision one step further: We partner with families by providing students with a firm foundation, comprising a growing relationship with Jesus Christ, and a relentless pursuit of excellence in academics, athletics, and the arts, through which students are equipped to impact the world for His glory.
OUR CORE VALUES
Throughout our more than 40-year history, HHCA’s core values have helped us stay on mission and guide us toward success in the pursuit of our vision. These values touch everything we do and everything we believe at HHCA:

Our culture is one of positivity and connectedness. Similar to a family, we encourage an environment of honest and respectful interactions. Within the HHCA community, each student is known, held accountable, and shepherded to realize his/her passions and gifts. We want every HHCA student to experience a sense of self, a sense of purpose, and a sense of family within this larger community.

Our passion is to help your student define what personal excellence looks like in academics, athletics, and the arts. And then, we want to help each one fulfill his/her God-given potential.  It’s a tall order, but one we are called and capable to deliver.

Collectively, the HHCA team is deeply committed to that which we have been called. We believe it is our responsibility to maximize the gifts of time, talent, and treasure that God has entrusted to us and we are careful to do so. Stewardship initiatives guide everything from the purposeful design of our Board of Directors and prudent financial planning to the development of impassioned students who use their time and talents to impact the world for God’s glory.
_________________________
Bolstering our core values of Culture, Excellence and Stewardship are three distinct, sustainable traits that we aim to live out daily and instill throughout the HHCA community:
HUMBLE
HUNGRY
HEALTHY
_________________________

The HHCA Statement of Faith

We believe the Bible, consisting of the Old and New Testaments, to be verbally inspired, inerrant in the original manuscripts and infallible. The Bible is the Word of God, the supreme authority in faith and life.

We believe there is one living and true God: an infinite, eternal and unchanging Spirit; perfect in all His attributes; one in essence, power and glory but eternally subsistent in three persons: Father, Son and Holy Spirit.

We believe that in Adam’s sin the human race fell from a state of innocence before its Creator and entered a state of sinfulness and spiritual impotence. In the fall the image of God in man was marred, and man became unwilling and unable to fulfill his obligations to his Creator. In his natural state, man is helpless before the just wrath of a righteous God.

We believe Jesus Christ was eternally existent as God, that He became man, yet without sin, being conceived by the Holy Spirit and born of the virgin Mary; that He lived a sinless life; that He ascended into heaven in that body glorified, where He is now our intercessor; and that He will return again personally, visibly and gloriously.

With a passion for Christian education and the help of several other families, George and Mary Winn Lent founded Hilton Head Christian Academy in 1979. The school assembled at Grace Church on Mathews Drive when it opened its doors.
HHCA's first Board of Directors was formed In 1981, and a few short years later HHCA moved to a new location on Arrow Road. In 1984, HHCA had its first graduating class with only one graduate. In 1987, just three years later, the kindergarten class was overflowing with 31 children.

Around the same time, the Lord began planting the dream for a new campus in the hearts of HHCA's earliest pioneers, Robert Graves and Konrad Marcus. Graves recalled about that day, "As I was driving over the bridge to Hilton Head, it was as if the Lord said, Robert, Hilton Head has been so good to you. What are you going to do for Hilton Head?” Graves shared this with his close friend, Konrad Marcus and Marcus replied with great confidence, "Robert, you're going to help me build a school for HHCA!" With that, plans for a new campus began to develop. Robert Graves, Konrad Marcus, John Reed, and many other families worked tirelessly and sacrificed collectively to build the Gardner Drive campus that HHCA called home for over 30 years. The Gardner Drive campus opened its doors in 1989, just one short decade after its founding, with over 170 students enrolled.

HHCA celebrated its 42nd anniversary in 2021 and today, with over 460 students enrolled, the HHCA community is excited about the next chapter on its new state-of-the-art Bluffton campus. While much has changed through the years, HHCA's vision has remained constant throughout: to know Christ and to make Him known.

“Culture at HHCA is best described as embracing your place.Just like a family we are not perfect, but our goal for every student is to feel valued within our community of faith.”
–  Doug Langhals, Head of School 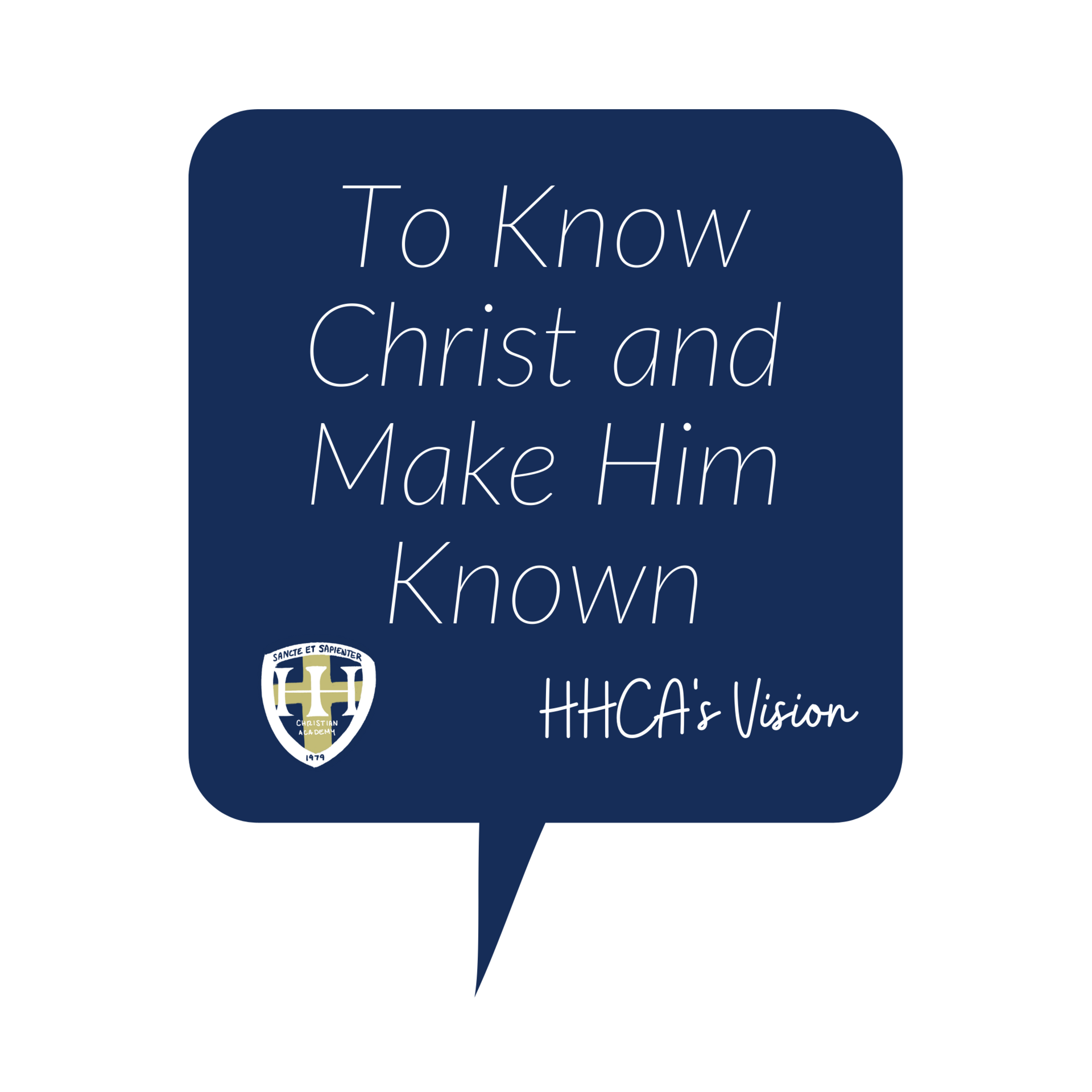